Exploring the Amazon and Beyond Bundle

Exploring the Amazon and Beyond Bundle

In Exploring the Amazon and Beyond Bundle, you’ll get 1 copy of Amazon Expedition book by Vance Nelson, 1 copy of Amazing Creatures That Proclaim Creation DVD with David Rives and Dr. Jobe Martin and 1 pack of Climbers & Creepers Creation Cards. 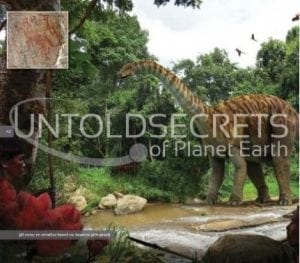 Amazon Expedition documents the actual journey, study, and validation of an ancient depiction of what appears to be a sauropod dinosaur surrounded by nine hunters. Come on an exciting adventure to the Amazon rainforest in Peru, and see new evidence that suggests dinosaurs have lived recently.

Vance Nelson is a researcher, speaker, and writer. He travels the world searching for evidence relating to the history of planet earth. He has been on international radio and television. He lives in Alberta, Canada with his wife and children.   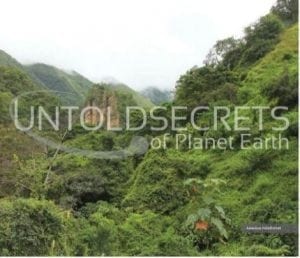 Many people believe that every creature we see formed over millions of years of evolutionary change. That theory is being taught as fact in our schools and universities – but educated biologists and zoologists know the true story. You can’t study a giraffe without seeing irreducible complexity. Let’s take a look and see how animals show God’s amazing design. Dr. Jobe Martin explores these animals in greater detail. He has been a dentist for the Presidential flight crews of Air Force One and had his private dental practice in Houston, Texas.

Have you ever noticed how many people are interested in the animal kingdom? It is because God has built into mankind a wonder at the things that He has made—He has revealed Himself through His creation (General Revelation). Children especially love to talk about and study animals. The hope which inspired the Creation Cards is that they will be taken on field trips, zoo tours, to shopping centers, grocery stores, restaurants, recreational areas, parks, gas stations, malls, fast food shops, etc, with the purpose of bringing people face to face with facts about God’s amazing creation. May peoples’ eyes then be open to the truth that the Creator Jesus Christ is the One Who is able to be their Savior.

These Climbers and Creepers Animal Creation Cards are a great tool for evangelism. They are one of the easiest “tracts” to hand out because people are usually excited to receive them.

There is an explanation of each unique animal on the back of the card, a Bible verse, and a link to a salvation message.