In the FLOOD FOSSILS  Book and DVD Bundle, you’ll get 1 copy of “Fossils and the Flood” DVD with David Rives and Vance Nelson, 1 copy of Flood Fossils book and a REAL Trilobite fossil.

Keep scrolling to learn more about the resources included in this book and DVD bundle.

Fossils and the Flood DVD

“Evolutionism is dead, they just haven’t received the memo yet” – Vance Nelson. Learn powerful truths and exciting facts about fossils and Noah’s flood that point to a young Earth and recent burial. From Alberta Canada, Vance Nelson is the author of multiple books, including one in Flood Fossils, one on giant animals of the past, and another on dragons. 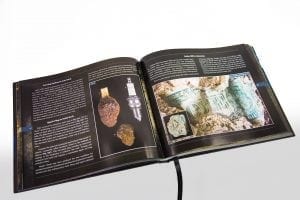 Noah. Noah’s Ark. Noah’s Flood. These are often thought to be nothing more than religious sensationalism, pure myth. However, what if the most amazing story of all time turned out to be true? What if our modern secular scientific system was wrong on these points? How would the world change with the knowledge that Noah, the Ark, and the Flood were absolutely true? Flood Fossils provides real, solid, and prodigious evidence for the veracity of Noah’s Flood. Most early scientists suggested a different origin for fossils than we currently teach. A close look at the fossils and the layers in which they are contained, demonstrates one thing for sure. As shown in “Untold Secrets of Planet Earth: Flood Fossils”, fossils formed quickly, not slowly. 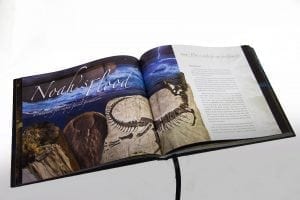 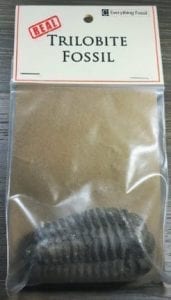 Trilobites were ocean-dwelling Arthropods, classified in the same phylum as shrimp, lobsters, horsehoe crabs, spiders, scorpions, etc. These amazing creatures show God’s spectacular creation! During Darwin’s time, some scientists thought that the trilobite was a “simple primitive fossil.” However, trilobites were amazing, complex creatures! They had intricate compound eyes that were designed for precise underwater vision. If evolution were true, such a complex creature would have ancestral fossils showing how their complexity arose. But no clear ancestors of trilobites have been found in the fossil record. Trilobites appear  abruptly and with tremendous variety, including over twenty thousand species. They range from 1/32 of an inch to over 2 feet long. The amazing complexity of trilobites and their abrupt appearance in Cambrian strata points to design  by a Creator. This trilobite was killed, buried, and fossilized by Noah’s Flood, about 4,500 years ago. Trilobite fossils have been found on every continent. These genuine trilobite fossils come in individual, high-quality packaging that is conveniently equipped with a hole for hanging on display. Each fossil comes with an information card that gives the Biblical Young-Earth history of trilobites. Our unique packaging is completely free of evolution and millions of years. Trilobites fossils are everyone’s favorite invertebrate fossil. People are drawn to their familiar form because they look similar to a pill bug (or “roly-poly”). Trilobites are the ultimate pet-rock for children!

Trilobites are the poster child for the “Cambrian Explosion”. You can use these fossils to show that the “Cambrian Explosion” is actually a record of sudden death in the global flood, not huge breakthrough for evolution of life.  Their complexity points to design. Also, the vast variety in trilobites is a great way to start conversations about God’s creativity in amazing variety of life that we see.