Maestro Universo | Originality throughout the Universe | Book | Joseph A. Mastropaolo

The watch on the ground proved that a creator, not nature, made it. That famous analogy went on to show that life was even more compelling for proving that God made life. No one in their right mind ever answered that argument. But that still left out the rest of the universe – until recently. Now, Originality throughout the Universe covers the entire universe and proves that every object in it was created. And the proofs are not merely subjective arguments. There are no more convincing objective proofs in all of secular classical science. 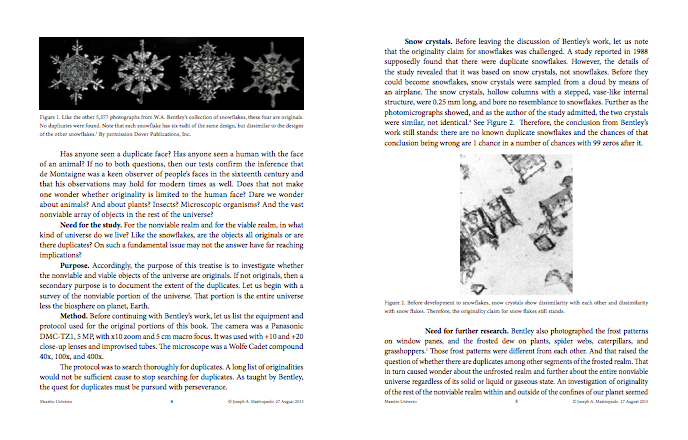 Like classical science, the probabilities are given not only for the samples, but for the populations, and for the entire universe, more than 35,000 easy to read evidences altogether. Scientists will believe a conclusion if the chances of being wrong are less than 5 in 100 chances, P < 0.05 . The chances of being wrong for the evidences in this book, more than 35,000 samples of evidence, is less than 1 chance in more than 8 trillion chances, more than 8 trillion times what the most adamant secular scientist might require for believability. And it is all immune to the separation of church and state excuse, in or out of court, unconditionally guaranteed, from 13 years and 386,000 unanimously successful experiences.

3 reviews for Maestro Universo | Originality throughout the Universe | Book | Joseph A. Mastropaolo