In The Starlight & Time Bundle you will get 2 exciting DVDs and 1 thought provoking book, plus a FREE copy of David Rives’ book “Bible Knows Best.

In The Starlight & Time Bundle you will get 2 exciting DVDs and 1 thought provoking book, plus a FREE copy of David Rives’ book “Bible Knows Best. Below is a summary of what you will get in this bundle.

Does light from distant galaxies really take billions of years to reach Earth? Is time-travel possible? Are black holes real? What are some of the weird effects of traveling at near the speed of light? And how do we really know? The physics discovered by Albert Einstein allows us to answer all of these questions. In this easy-to-read book, we learn how Einstein was able to deduce what happens when an object approaches the speed of light. The results are as amazing as they are strange. Designed for readers with no background in physics, this book explores one of the strangest and most fascinating branches of science.

About the Author
Dr. Jason Lisle is an astrophysicist and founder of the Biblical Science Institute. He researches, writes, and speaks on topics pertaining to science and the Christian faith. Dr. Lisle double-majored in physics and astronomy with a minor in mathematics from Ohio Wesleyan University. He then earned a Master’s degree and Ph.D. in astrophysics at the University of Colorado. Dr. Lisle specialized in the study of solar subsurface weather, and has also published in the field of general relativity.

Details for The Physics of Einstein: 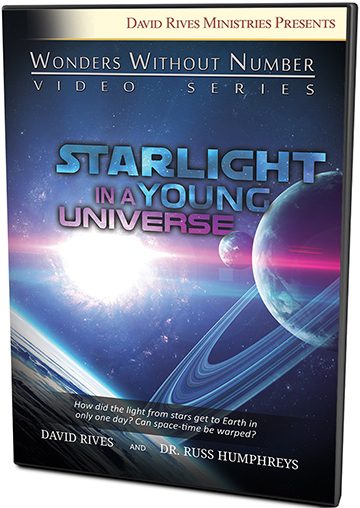 If stars are billions of light years away and the Earth has only been _ around for thousands of years, then how can we see the light from those distant stars? Dr. Humphreys received his Bachelor of Science degree in physics at Duke University, and his Ph.D from LSU. While working on his dissertation there, he committed his life to Christ, and based on Biblical and scientific evidence, concluded that the Creation account we read in the Bible is not only true, but scientifically accurate. He has received numerous awards for excellence in the field of nuclear physics, and at General Electric’s High Voltage Laboratory he served as a research scientist. Dr. Humphreys serves on the board of the Creation Research Society. 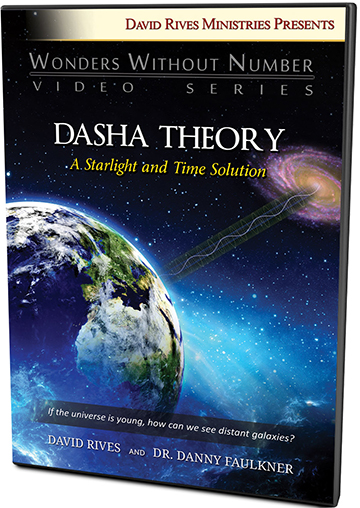 One of the most puzzling questions in astronomy: If the universe is relatively young – thousands of years – and stars are millions of light years away, wouldn’t it have taken the light from those stars millions of years to reach Earth? …and doesn’t this “PROVE” the Big Bang? Do creationists have a problem with distant starlight? Actually, starlight and time is a major problem for Big Bang cosmology. While Young Universe Cosmology doesn’t provide all the answers, a careful examination of the Hebrew word “Dasha” as found in the creation account might hold the key to understanding this dilemma. 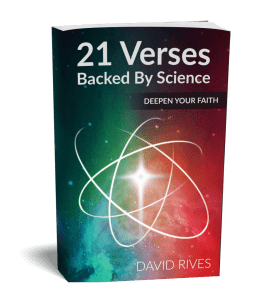 Author, lecturer, and television host David Rives takes readers through a fascinating and fast-paced examination of the cosmos, human intelligence, earth sciences, and wonders of the animal world. DISCOVER NUGGETS OF SCIENTIFIC TRUTH FOUND ALL THROUGHOUT SCRIPTURE.

Did you know that the very origin of time, space, and matter can be found in the very first verse of the Bible? David Rives expertly demonstrates the fact that the Bible is an accurate record of history from beginning to end, and is also extremely accurate when revealing scientific principles that have only recently been discovered by modern science.

Be the first to review “The Starlight & Time Bundle” Cancel reply