The “Wonderfully Made” Bundle

The “Wonderfully Made” Bundle

BODY BY DESIGN – FEARFULLY AND WONDERFULLY MADE BOOK BY ALAN L. GILLEN 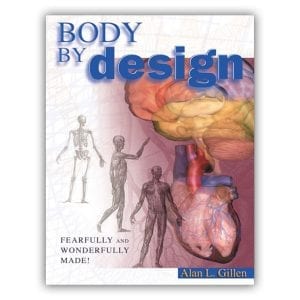 Body by Design defines the basic anatomy and physiology in each of 11 body systems from a creation viewpoint. Every chapter explores the wonder, beauty, and creation of the human body, giving evidence for creation, while exposing faulty evolutionistic reasoning.

Special explorations into each body system look closely at disease aspects, current events, and discoveries, while profiling the classic and contemporary scientists and physicians who have made remarkable breakthrough in studies of the different areas of the human body.

Body by Design is an ideal book for Christians, high school students, college students, or adults who enjoy learning. 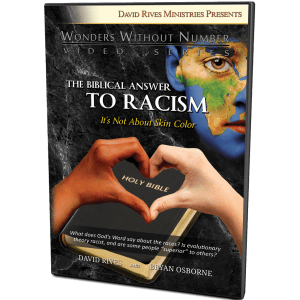 What does God’s Word say about the races? Is evolutionary theory racist, and are some people “superior” to others? What did Charles Darwin imply when it comes to race, and are some cultures “superior” to others? What does the Bible say, and does scientific research in genetics back it up? The answers to these questions may surprise you… Bryan Osborne has a Master’s degree in Education from Lee University and taught Bible history in public school for 13 years. He is a speaker with Answers In Genesis, and has a passion for helping to combat the growing epidemic of Biblical illiteracy.

In this video you will learn that:

“Different people groups exist in the present.  As far as how they got there, that’s based on interpretation which is based on your starting assumptions.” – Bryan Osborne 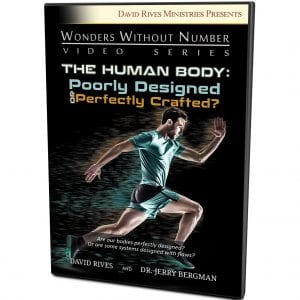 Are our bodies perfectly designed? Are some of our biological systems designed with flaws? Are the knee, the retina, or the pharynx poorly designed? Get answers in The Human Body DVD. Some would point to these features as evidence for evolution, but a careful examination might actually indicate just the opposite. Dr. Bergman holds 9 degrees, including a Ph.D. from Wayne State University. With over 1,000 publications to his name, including over 20 books, his work has been translated into 13 languages.

“Cells in the retina serve as light tubes. So literally like a light tube it picks up light and carries it through the system.” – Dr. Jerry Bergman

“The knee works really, really well considering the abuse it goes through. It is the most complex joint in the body.” – Dr. Jerry Bergman 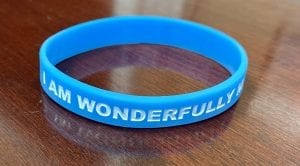 When you get your “Wonderfully Made” Bundle you will also get a FREE “I AM WONDERFULLY MADE” wristband. This bundle is sure to educate and inspire. Pick up one for yourself and another for a friend:

Be the first to review “The “Wonderfully Made” Bundle” Cancel reply