In, Untold Secrets of Planet Earth Monumental Monsters, Delve into the mystery surrounding fossils of gigantic creatures unearthed all over this planet.

Delve into the mystery surrounding fossils of gigantic creatures that have been unearthed all over this planet. Though these creatures looked similar to their living counterparts, there was one major difference. They were enormous by comparison.

Monumental Monsters will take you on a journey to a fascinating world filled with curiosity and wonder. These monumental monsters present great insight into the true history of this planet. 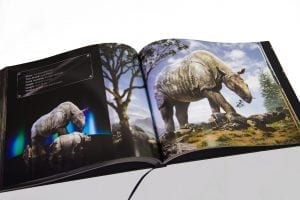 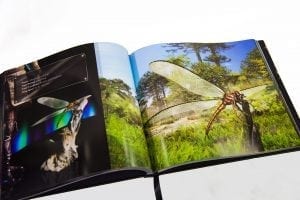 Spectacular! This hardback, coffee table quality book had me turning the pages just to find out what the next giant creature might be… I would recommended it to anyone! Monsters from the fossil record seem to come alive as we learn not only the details, but how they point towards Biblical accuracy – and away from upward evolutionary change.

Growing up, I would spend hours poring over nature books, pausing in fascination when I found some large or unusual creature… If only I had been given “Monumental Monsters”!

This is one of those few treasured books that you can always flip to a page and in minutes have new insight into the animal world, or store away a quick nugget to amaze your friends.

Robust, to say the least, at 200 glossy pages filled with color photos and illustrations, anyone  who wants to learn more about animals of the past will love this book. If you are looking to understand how the massive animals of the fossil record fits in with a Biblical history, this is an excellent resource.

Containing simple information and illustration, but also expounding with scientific data and research, readers of all ages will welcome a fresh and accurate approach at this often-exaggerated topic of giant animals.

While the evidence for most of these giant creatures is found in the past, their legend lives on… in “Untold Secrets of Planet Earth – Monumental Monsters”