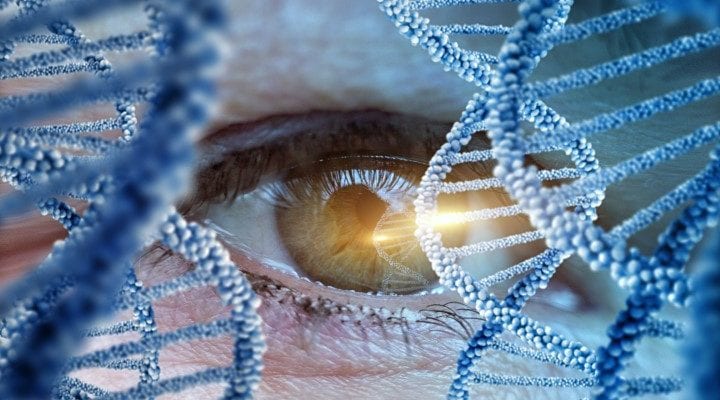 DNA – The Code of Life

Each time I travel and see beautiful places around the world, I see God’s amazing Creation. In fact, there is a lot of life–an abundance of life all around us, whether a bird floating above the water, or a cricket chirping in the trees, or a biker riding on a scenic trail. It really is surprising that some people believe that all of that came from pond scum, an amoeba, over millions and millions of years.

What is more interesting is that all these things use DNA. DNA, or Deoxyribonucleic acid, is like the instruction book that makes us as humans who we are, and yet all of life uses the same genetic language of DNA.

If we were to think about this from an evolutionary standpoint, doesn’t it make sense that somewhere on earth, some creature may have evolved using a different type of language system? Instead, what we find is that every creature and plant alive today uses the same information language system: DNA.

I believe that this points to the intelligence of the Creator, a Mind Who spoke everything into existence using the intelligent language of DNA, and then He made us as the last of Creation, fearfully and wonderfully made.

Why should you believe in creation, and not evolution? I mean, scientifically speaking. Haven’t we proven that evolution is a fact?

These mistakes are caused by mutations, which are basically coping errors when DNA is replicated. Now, thankfully for us, most of these mutations have no noticeable effect. But, even if we do not notice them, they are still there, corrupting our DNA. A conservative estimate says that 100-300 new mutations occur in human reproductive cells per individual per generation. Some numbers are as high as 1000 new mutations per individual per generation. That is a lot of mistakes!

This leads to what is known as “genetic entropy.” This means that each generation carries all the mutations of previous generations, plus its own new mutations. And with the high mutation rate, genetic entropy is increasing quickly. In fact, it is increasing so fast there is no way humans have been on the planet for millions of years, like evolution suggests. Our genetic code would be so burdened with mutations, we would be such a mess that we would be extinct!

Our genetic code does not look like it has been mutating for even tens of thousands of years. Instead, it looks like it was incredibly well designed and has only been subject to the degrading influence of mutations for a short time. What does this imply? It certainly fits with the Biblical historical accounts, that God created mankind about 6,000 years ago, with a perfect genome. It was not until after sin entered the world that mutations began to corrupt our DNA, and there has not been enough time since then to completely destroy our genome.

Just one more scientific reason that you shouldn’t believe in human evolution. It takes a LOT of faith.

What are the characteristics of a code? Can we have a code without someone creating it? Learn answers in DNA Code: A Message from God Video.

What are the characteristics of a code? Can we have a code without someone creating it? Learn answers in DNA Code: A Message from God Video. What is needed to make a code? Do codes always indicate a higher “coder”? Learn how to defend your faith by looking at the intricacies of DNA and the message of design that God put in each one of us. John Mackay studied Geology at the University of Queensland and over the last 30 years has been involved with field research all around the world. He’s an international speaker lecturing on the subject of origins and is no stranger to university campuses where he has participated in many debates regarding the subject of Creation and Evolution.